Read This > Things I learned along the way > Newsletter

Something you probably didn't know about the Netherlands: About one quarter to one third of The Netherlands are below sea level 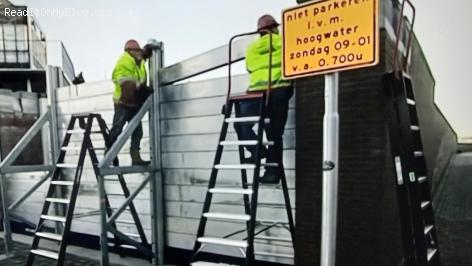 But you don't have to be afraid to visit the Netherlands because this country has one of the most sophisticated anti-flood system in place in the world.

They use whatever's necessary, pumps, dikes and sand dunes keep this part of the country from flooding.

I guess you could say the Netherlands is more worried than most about global warming.

Believe me, every country in the world of their own problems to deal with. You don't hear much about disasters in some countries because they are simply better prepared.

Tags: Things I learned along the way, Newsletter

How long do you have to walk or jog to burn off 10 delicious chicken wings?

A police car drives past me and my GPS says: Police reported ahead -...

My trip to Einstein Bros Bagels in Sunny Isles Beach Florida was an...

My friend and I are enjoying a super delicious breakfast at the Hotel...

Take a look at Miami Beach across the palm trees of Fisher Island...

How many calories in Wendy's saltine crackers?

Hi, my name is Woody. I have a lot I want to share with you.

About the news I tune in to every day, people I meet and the things we discuss, places I've been, my rich life experiences and a whole lot more.

What better way then to have you Read It On My Blog!

So I came up with:
www.ReadItOnMyBlog.com!